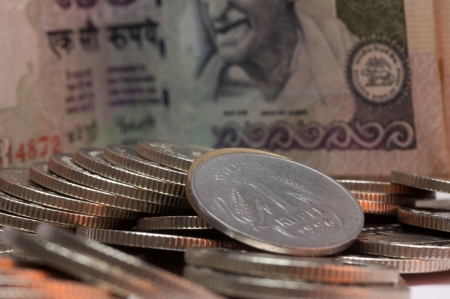 Investing.com — Tracking a broad weakness across Asian currencies and weak cues from the domestic and global markets, the closed at a lower against the US dollar on Wednesday, ahead of the Federal Reserve’s policy outcome to be released later in the day.

The domestic currency ended 23 paise lower against the USD at 79.98, compared to 79.75 in the previous session as investors expect a hefty interest rate hike of 75 basis points for the third consecutive time to tame the decades-high inflation.

The hit a 20-year high of 110.87 amid the Fed’s rate hike prospects and an ultra-hakwish outlook of the Fed policymakers’ tone and size of future interest rate hikes and inflation projection going ahead.

He adds, “If a surprise 100 bps rate hike with a hawkish stance is seen, USD/INR will move towards 80.40 while the rupee may consolidate if its a 75bps hike with a data dependent stance.”

Anindya Banerjee of Kotak Securities states that besides Fed, the European energy crises and an economic slowdown in China are the bigger play in the movement of the .